Think Alpacas and llamas are the same animals? Fair enough, they look alike. They’re from the same family, Camelidae, but they’re different creatures.

To solve the great mystery of an alpaca vs llama, I describe their similarities in this article. Next, I list the differences, tips to identify them, and fun facts.

Soon, you’ll know everything on how to tell the difference between an alpaca and a llama!

Important Note: There are four animals related to each other. The alpaca, the llama, and their camelid family cousins, vicunas, and guanacos.

If you’re an alpaca farmer or llama farmer, you must have to deal with people confusing your animals all the time!

First thought to be domesticated by the Inca Empire in ancient times, Machu Picchu was a hive of activity for breeding and rearing these creatures. They’re still in and around Machu Picchu today!

Despite being native to South America, there are about 300,000 Alpacas and llamas in the United States.

Domesticated Alpacas are descendants of the wild South American ‘vicuña,’ from the camelid family, native to the central Andes.

At first glance, they look indistinguishable from llamas, but there are differences!

Fun Fact: The scientific name of Alpacas is ‘Vicugna pacos.’ ‘Vicugna’ sounds like ‘vicuna,’ and vice-versa.

In 1974, they were endangered. Poachers hunted them. There were 6000 left. Nowadays, their numbers have recovered to approximately 350,000.

Their (camels) camelid cousin, vicuñas, are smaller than alpacas and guanacos and are more delicate.

There are two breeds of alpaca, Suri, and Huacaya.

Llamas are also a South American camelid related to Guanaco. They’re believed to come from North America (around 40 million yrs ago).

Three million years later, they migrated to South America because of the Great American Interchange.

Guanacos are larger than vicuñas but smaller than llamas. They live in Peru, Chile, Ecuador, Patagonia in Argentina, and parts of Paraguay. Guanacos are one of the largest mammals on the continent.

After vicuñas, llama fiber is precious. It’s soft and warm.

They have long, skinny necks, big bodies, and a small gray long face with pointy banana-shaped ears. They’re heavy, up to 400 pounds.

These south American animals from the camel family may look indistinguishable, as llamas and alpacas have much in common. Some notable ones include

Don’t worry if you thought they were the same thing! Here’s a list of the difference between Alpacas and llamas.

These features are the easiest way to distinguish an alpaca from a llama.

Alpacas’ faces are short, have a blunt muzzle and snout, and are fluffy. The alpaca’s face has thick, soft fur, on top of the head and around the neck.

Llamas have a longer face, like a kangaroo or horse, and prominent muzzles. Llamas don’t have much hair on their heads but a bit on their necks.

Llama ears are long, curved, and have ears shaped like bananas almost. These banana-shaped ears stick almost straight up out from the head.

Alpaca have short ears, shaped like spears, with a point at the top.

Full-grown llamas grow to around 1.7-1.8m tall. The alpaca stands at 81-99cm tall at the withers (shoulder area). A llama is a lot bigger than its cousin!

The Huacaya alpaca has thick, soft, crimped fleece. A soft fiber like sheep wool. Suri has silky dreadlock-like hair that grows toward the ground and is better suited for weaving. It’s much finer than an alpaca.

For 5,000 years, people bred alpacas and llamas for the same amount of time.

Llamas are transportation and pack animals. (Pack animals carry loads during long journeys on foot.) They have a lot of power and travel far with a heavy load without needing much water.

They’re sometimes used as a source of meat. Also, guards for livestock like sheep and something else.

Alpacas are bred for their soft fleece or kept as a pet all over the world. They lead a life of leisure compared to the llama!

Since llamas are used for carrying packs, they hold loads up to 25 – 30 percent of their body weight for 8 – 13 km. They protect themselves and ward off animals such as coyotes and feral dogs.

They make excellent guard animals as they have a protective instinct.

Alpacas, however, cannot protect themselves. Some farmers use llamas to guard animals and to protect an alpaca herd.

An alpaca is social. They’re herd animals. If separated from its alpaca herd, this herd animal would die from loneliness. They’re also timid around people.

A llama is independent and aren’t herd animals. They’re curious, quick to learn new things and approach humans without hesitation.

The personality and disposition of a llama and alpaca are different.

The average alpaca tends to be skittish but gentle. They stay close to their herd. Some people teach them to do tricks, like a dog, and keep them as pets.

Training both is easy if you raise them from birth, give them proper socalization, and take care of them. (Groups need about an acre of land.) 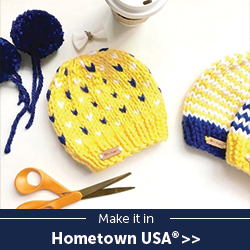 Llamas – They have a fine undercoat and a coarser outer coat. The undercoat is much softer, used for handicrafts and clothes.

The outer coat is rough, with a scratchy feel, and is used for ropes and rugs. Llama fiber is lightweight but warm.

Alpacas – As I mentioned above, there are two types, the Huacaya and the Suri. The Huacaya Alpaca fiber is crimpy, warm, elastic, and hypoallergic. It’s used for knitting and crochet.

Suri Alpaca fiber doesn’t have a crimp and is suited to weaving.

The wool from the first shearing is the finest and is called baby alpaca.

Their wool creates a higher quality yarn than llamas. They’re even softer and warmer than cashmere! If you knit, treat yourself to an alpaca sweater. You’ll wonder what you were missing!

Are Llamas Or Alpacas Friendlier?

It depends on the individual animal, but alpacas are friendlier. Llamas are more aggressive and suspicious of strangers.

Do Alpacas Or Llamas Spit At You?

Sometimes. Despite their sweet nature, they’re prone to spitting as a defensive mechanism. They sometimes spit without provocation.

Why Alpacas Are Better Than Llamas?

In terms of temperament and fiber characteristics, Alpacas are better than llamas. But each species is unique and valuable in different ways.

Are Llamas More Aggressive Than Alpacas?

Yes, Llamas have a desire to protect and exert their dominance.

How Closely Related Are Llamas And Alpacas?

Does Peru Have Llamas Or Alpacas?

Peru has llamas and Alpacas! Both animals are native and have been a part of the local customs and history for a long time. Cusco has a large population.

Do you work with Alpaca wool, or have you worked with Llama wool? Have you learned anything about these animals? I’d love to hear your thoughts.

Pin Now to Save for Later

How to Join in the Round & Avoid these Mistakes [2021 Update]

13 Best Wine Gift Baskets To Give This Holiday 2021

We will be happy to hear your thoughts

Ornateus.shop is a participant in the Amazon Services LLC Associates Program, an affiliate advertising program designed to provide a means for sites to earn advertising fees by advertising and linking to Amazon.com

This website uses cookies to improve your experience while you navigate through the website. Out of these, the cookies that are categorized as necessary are stored on your browser as they are essential for the working of basic functionalities of the website. We also use third-party cookies that help us analyze and understand how you use this website. These cookies will be stored in your browser only with your consent. You also have the option to opt-out of these cookies. But opting out of some of these cookies may affect your browsing experience.
Necessary Always Enabled
Necessary cookies are absolutely essential for the website to function properly. These cookies ensure basic functionalities and security features of the website, anonymously.
Functional
Functional cookies help to perform certain functionalities like sharing the content of the website on social media platforms, collect feedbacks, and other third-party features.
Performance
Performance cookies are used to understand and analyze the key performance indexes of the website which helps in delivering a better user experience for the visitors.
Analytics
Analytical cookies are used to understand how visitors interact with the website. These cookies help provide information on metrics the number of visitors, bounce rate, traffic source, etc.
Advertisement
Advertisement cookies are used to provide visitors with relevant ads and marketing campaigns. These cookies track visitors across websites and collect information to provide customized ads.
Others
Other uncategorized cookies are those that are being analyzed and have not been classified into a category as yet.
SAVE & ACCEPT